Also known as ‘Pirate Gijs’, ‘Captain Gijs’ and ‘Buccaneer Captain’, you may remember that good old Buccaneer Gijs (or whatever you want to call him today!) was turfed out of his home recently due to Pinokkio moving into his place in the fairy tale forest.  For months we have wondered, ‘where will Buccaneer Gijs be moved to?!’, and today, we needn’t wonder any more!  Kapitein Gijs will be moved to just outside the Flying Dutchman, and will be surrounded by new decorations, which he clearly deserves, after standing there for so long pointing at his cannon (since 1973!).  He fits very well into this nautical location, probably a lot better than where he was situated before, and the artwork showing his new crib looks even better than ever! 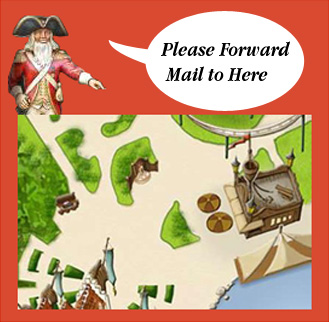 The Captain is Moving House

It has appeared for years that nobody is 100% sure who or what (tale) this little Captain is supposed to represent, however, he diligently stands there year after year, pointing the way to dispose of your trash.  He is indeed, a helpful captain, and is now going to put himself to good use elsewhere, and I’m sure he’s glad of the change of scene after 43 years!

He’s moving up in the world, onto better things!