We’ll admit it, we’re suckers for souvenirs, but only if they’re really nice souvenirs!  We posted recently about Efteling’s web shop no longer delivering to the UK, which made us a little sad.  However, it seems that the online store has reduced its range of stock massively.  The ‘new’ section has items from quite a while ago, and its slim pickings unless you’re after crockery, Sprookjesbos items or Jokie paraphernalia.

Take us back to the days of items like these: 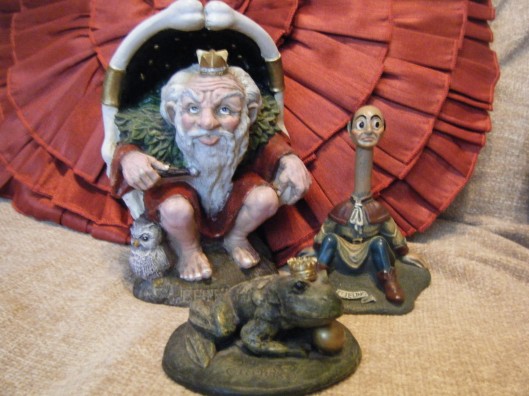 Efteling has seen a 25% rise in Belgian visitors than there were in the same period last year.  That’s a lot of Belgians!

They also claim that there has been a rise in the number of guests visiting from Germany, France and Britain.  You’re welcome, Efteling!

Apparently the accommodation+park tickets options are just right for us foreign bods.  Shame about the transport from wherever you fly to/sail to.  It would be great to have an Efteling shuttle just like Disney do (oops, did we say the ‘D’ word?!).  Struggling on and off trains and buses with suitcases and kids isn’t ideal!

In other news, if you are residing anywhere outside of the Netherlands or Belgium, don’t try to buy anything from the Efteling webshop, as they won’t ship to your address any more.  Personally, we’ve spent a lot of money with them over the last couple of years when they started shipping to the U.K, so it’s a bit of a shame.  Nevertheless, that’s only a better excuse to visit the park and stock up on Droomvlucht room spray!

Tis the season!  Soon, the Efteling tree will be going up, so we ordered some new baubles for it.  They turned up from Efteling in only a few days, very fast.  There are only four, and they are sold separately; The Wolf, Cinderella, Red Riding Hood and the Dragon.  Definitely worth adding to your Christmas trees! 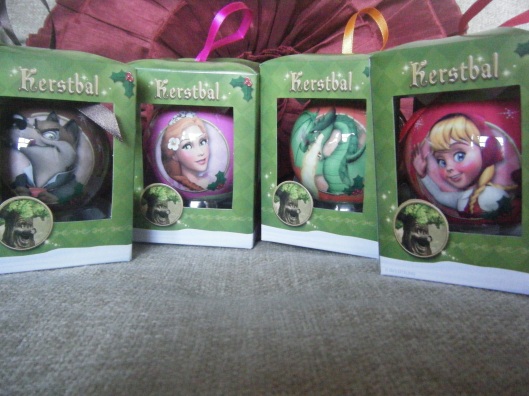 If you are a customer of the Efteling Webshop and you live in the U.K, you will be familiar with the shipping costs being 12.99€ for any item that you have delivered, whether it be a pin or a garden ornament.  Today, however, we have just noticed that the shipping costs have been reduced to 6.99€!

Happy days.  You still get free delivery in the Netherlands and Belgium if you spend over 35.00€ too.  Needless to say, we have a package on the way!

As a side note, the new items in the Efteling Webshop include some lovely watches in a variety of colours, as well as fairy tale shampoo and shower gel.

Check them out here.

Was Santa good to everyone?  Did anybody receive any Efteling gifts?  Here’s our haul:

On another note, if anyone is visiting Efteling for New Year’s Eve, we’d love to see a video/photos!

Free shipping appears to have been extended for the U.K until December 19th, so there’s still time to get your Christmas presents in!  There is also a great sale on which includes 60th anniversary items, garden ornaments and DVDs.  We recommend the ‘Making of George and the Dragon’ DVD, which has English subtitles, unlike the other DVDs available, and is currently only €5.99!

Today was the day that some things arrived from the Efteling Webshop.  They were ordered on May 25th, and arrived today, June 20th.  A little bit of a wait but better late than never!  We also had a couple of fairy tale books turn up last week, which took less time to get here, however, apparently there had been some ‘problem’ with this order, so it took a little longer to make its way over.

Well, we have an Indian Water Lilies fairy garden ornament, the ‘Are We There Yet?’ 60th anniversary book, a scarf (it does get chilly at Efteling UK) and a small replica of the Efteling waste baskets.

Obviously if you are an Efteling fan, it is hard to resist going nuts in the Webshop, because there are a lot of cool things on there!  So we simply picked some of what we felt were the best things on there.

Particularly the 60th anniversary book.  It is only over the last few years that Efteling have started to produce more things in English, which is great for us!  This book is a perfect example.  It is absolutely gorgeous!  It is almost a book of treasures, as inside it has stickers, replicas of old tickets, a jigsaw, postcards and more.  It also shows us Efteling’s journey through 60 years, through food, attractions, gardens and more.  We got the regular edition, without the gift box, which cost 39.99 (Euros).  It may seem a bit steep, but it is 208 pages of magic, and I recommend that everyone gets a copy while they are still available!

The fairy was in the sale of Anton Pieck ornaments, at 62.99 (Euros), but she is also worth the cash!  She stands at 40cm tall and is made of sturdy poly resin.

To have all of this delivered to the UK only cost 12.99 in delivery, which is very reasonable when you consider how big the fairy is alone.  The rest of the stuff arrived in a different box.

Go forth and buy, my fellow Efteling lovers!

Most of you will know that Disney put pin trading on the map, and it continues to be a successful in their parks around the globe.  Quite a few years ago now, Efteling started producing their own sets of pins.  Although the pin trading has not made as big an impact as in the Disney parks, Efteling still produce pins which can be bought in the Loetiek, next to the Laaf village.

Some of my Efteling Pins

Recently, Vijfzintuigen.nl posted about a new Pagode 25th anniversary pin, a pin book, and a new pin bag, which is very nice!  Some of the merchandise is also available in the Efteling Webshop.

Please check us out on Facebook, we now have 68 fans!