Earlier in the month, a new, small figure appeared in Efteling to commemorate Efteling’s 60th year.  It was given to the Executive board on behalf of Efteling’s employees on 12/12/12, and it points the way to the fairy tale forest.  We like him, but it looks like he has his eyes shut!  Maybe he’s sleepy?

Once upon a time in Summer 2012, Efteling UK visited Efteling, and bought a pin ‘book’, a small thing, made out of cardboard, to celebrate 60 years of Efteling.  The first pin, the Witch, came with the book; Mr Long Neck and the Goose Girl were also bought in the Loetiek during the visit.  After arriving home, Efteling UK saw that the ‘Little Message’ pin had become available on the Efteling Web Shop, so it was purchased and put in the book with the rest of the pin set.  Some time went by, and the Snow White pin appeared on the Web Shop, along with the Holle Bolle Gijs pin.  Snow White was put into the basket, but Holle Bolle Gijs was sold out!  So then Efteling UK was faced with this:

We had never planned on collecting them all in the first place, but being only 1 pin short was a little frustrating!  We did contact the Efteling Web Shop and they said they wouldn’t be getting any more of the pins online.  Even more annoyingly, this pin had sold out in about 3 days after being released!  We still aren’t too sure why this one was so popular…So, what to do?  To Google!  And through the wonders of the internet, we came across a little site called Pinparade.nl.  We located the stray pin on their site and sent them an e-mail, asking for help getting hold of the pin.

We were replied to by a very nice person called Pim, who helped us out a great deal in locating said pin.  After many an e-mail back and forth, the pin was sent, and today, it arrived!  Forget Christmas presents, this is what we’ve been waiting for!

Here it is, the illusive Holle Bolle Gijs pin!  We are easily pleased here at Efteling UK 🙂

We think they look great, and would like to say thank you to Pim and Ronald at Pin Parade!

In Anton Pieckplein you will find a chicken inside a glass case, and a duck wearing a crown in a glass case.  Enter a small amount of money into the machine, and each will lay an egg for you.  For many years, these birds have been laying lots of eggs which contain little surprises such as fairy tale figures and other small Efteling-related items.

For Efteling’s 60th year, the chicken and the duck have learned to lay eggs which contain gold and silver pendants.  Each one has a small scene from Efteling on it, including Mr. Longneck, Little Red Riding Hood and Sleeping Beauty’s Castle.

We will definitely be visiting these machines on our next visit!

Today was the day that some things arrived from the Efteling Webshop.  They were ordered on May 25th, and arrived today, June 20th.  A little bit of a wait but better late than never!  We also had a couple of fairy tale books turn up last week, which took less time to get here, however, apparently there had been some ‘problem’ with this order, so it took a little longer to make its way over.

Well, we have an Indian Water Lilies fairy garden ornament, the ‘Are We There Yet?’ 60th anniversary book, a scarf (it does get chilly at Efteling UK) and a small replica of the Efteling waste baskets.

Obviously if you are an Efteling fan, it is hard to resist going nuts in the Webshop, because there are a lot of cool things on there!  So we simply picked some of what we felt were the best things on there. 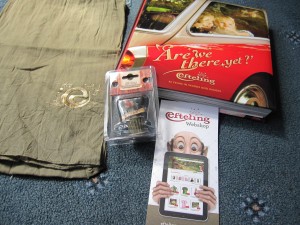 Particularly the 60th anniversary book.  It is only over the last few years that Efteling have started to produce more things in English, which is great for us!  This book is a perfect example.  It is absolutely gorgeous!  It is almost a book of treasures, as inside it has stickers, replicas of old tickets, a jigsaw, postcards and more.  It also shows us Efteling’s journey through 60 years, through food, attractions, gardens and more.  We got the regular edition, without the gift box, which cost 39.99 (Euros).  It may seem a bit steep, but it is 208 pages of magic, and I recommend that everyone gets a copy while they are still available!

The fairy was in the sale of Anton Pieck ornaments, at 62.99 (Euros), but she is also worth the cash!  She stands at 40cm tall and is made of sturdy poly resin.

To have all of this delivered to the UK only cost 12.99 in delivery, which is very reasonable when you consider how big the fairy is alone.  The rest of the stuff arrived in a different box.

Go forth and buy, my fellow Efteling lovers!

We’re having them right now.

So it was decided that we should put some Efteling music on and pretend we are in our happy place!  In particular, Droomvlucht.

Hopefully the Dream Flight music will brighten your day a little 🙂

Thank you to all our Facebook followers, all 65 of you, it is nice to have so much support for the site, and we hope that our following continues to grow!

Oh yes, the 60th person liked us today, so thank you to them, they know who they are!

To put that in perspective, Efteling recently celebrated 100,000 fans on their Facebook page.  Although, Efteling UK is not even 1 year old yet, so Efteling have 59 years on us!

We are small but awesome.  Keep checking back for more updates; Aquanura opens at the end of the month!

We haven’t posted much since Easter, but in that time, Aquanura has been progressing steadily.  Recently they have had the ‘water choreographer’ in, who has also worked on similar shows in Dubai and Las Vegas.  The choreographer is responsible for programming the water to essentially tell a story, along with the coloured lights and fire effects, led by music, which has been recorded by the Brabant Orchestra.  The show is being tested in phases, before the public get to see it in all its glory on May 31st.

Here is the new trailer:

And here is another taster of what is to come!

As a side note, regular readers will remember that my aim was to get Efteling UK’s Facebook page to 60 ‘likes’ before the 60th anniversary on May 31st.  We actually have 59 ‘likes’ currently, so we are very close to the goal!  Share us with your friends!

It is April already!  Not long until it is officially Efteling’s 60th birthday, and Aquanura’s construction is still progressing steadily.  The Vonderplas has been filled with 4,000m3 of water…that is a whole lot of water! 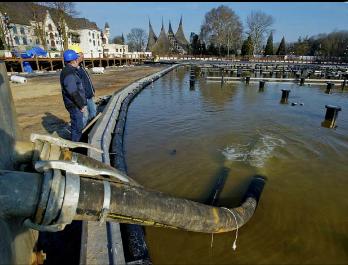 It is starting to shape up nicely!

Keep up to date with all the goings on at Efteling by clicking ‘subscribe’ on the left of this page, and search ‘Efteling UK’ on Facebook to share your love for the park with other Efteling fans!

There is a really cool Efteling page that has recently gone live, where you can personalize your own story, starring yourself!  It is completely in Dutch, however, I managed to figure my way through it to create my own story, so you could do the same if you don’t speak Dutch!  The best part is when you get to read through your story, as all of the images move and do little things.

On another note, we are now called ‘Efteling UK’ on Twitter, for anyone who is wanting to follow us.

Thanks for reading and keep checking back!