You may have seen or heard of a zoetrope before.  Zoetropes are a pre-film animation device, showing a sequence of drawings or photographs in a flip-book style, one after another.  Here is an example of the kind of zoetrope most of us will have seen before:

There are also 3D zoetropes which create movement using models which are mounted onto a rotating base, spun, and then have a strobe light cast over them.  This tricks your brain into seeing ‘real’ movement, pretty much like watching an animated film, for example.  Here’s an example of that, with an explanation of how it works, by Woody:

Back to Efteling!  About a week ago, a large mysterious box turned up in Station de Oost labelled ‘Luggage’, with a monkey peeking over the top of it.  What was this puzzling box?  Why was it there? Why were there Coca Cola signs on the exterior? Has Doctor Who part-exchanged his Tardis? 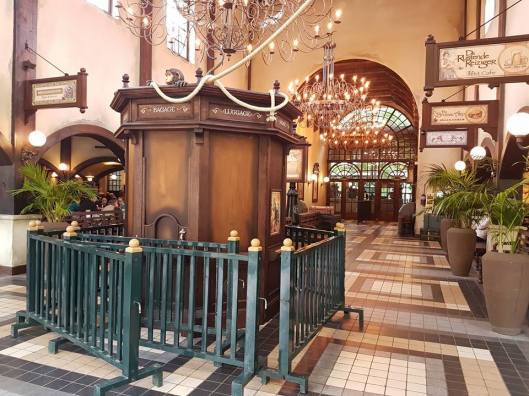 ‘New in the Efteling: a zoetrope railway station in the east!
This Mini-attraction we have made together with Coca-Cola.’

That is probably a bad translation and there probably isn’t a railway station inside, but who knows?!  Maybe monkeys and Coca Cola bottles are involved!  I did hear that there are flashing lights inside, so presumably this is a 3D zoetrope.

No doubt a video will turn up soon, so keep an eye on our Facebook page where it will probably be shared!