A while ago, Laaf Loos had a little accident.  We went into the garden, and there he was, face down in the pond; he’d fallen in.  But wait!  His face wasn’t in the pond, as his head was on the grass!  Of course he was taken in to be fixed straight away, and all was well again.

However, it happened again yesterday.  Poor Loos was in the pond, and his head was on the grass.  We’ve no idea how he managed it.  Maybe he is trying to end it all!  Hopefully not.  Although, it is very strange that his little head didn’t fall in the pond with the rest of his body…And that he’d turned around before he fell in…Or maybe he was pushed?! 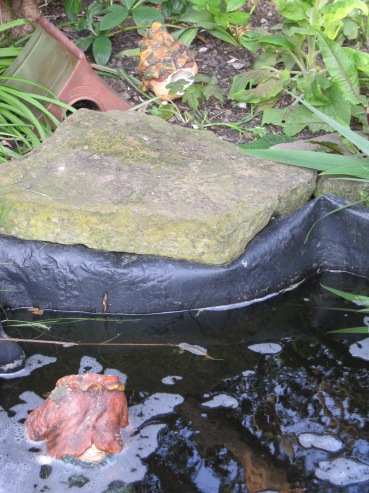 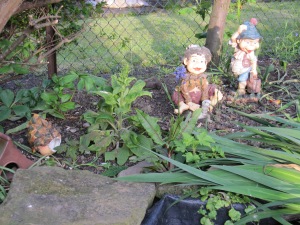